The Wrong Man is a 1956 film by Alfred Hitchcock. It is the only time that Hitchcock spoke in any of his films.

From the opening credits, we learn that a real Detective and District Attorney consulted on this film, and that it was based on a true story. So when the events unfold, you are drawn in because this must be what actually happened. And this must be what it’s like to be put up by the police.

The cinematography completely carries this film coupled with the insanely well executed editing. I think this is why I have the patience to sit down and watch a 64 year old movie, because the viewer’s eyes are treated with respect.

Here is a fantastic article from the legendary Guy Hamilton: “Film directors must be gentle to the viewer’s eye”

The camera eases us gently into the story and is not jarring. Then- when you are finally comfortable- the editing creates the intensity and suspense! The fast cutting in the jail cell when our main character Manny Balestrero (Henry Fonda) is finally booked, it’s just terrifying.

The eyelines, the double takes, the first person views, all incredible use of the camera. 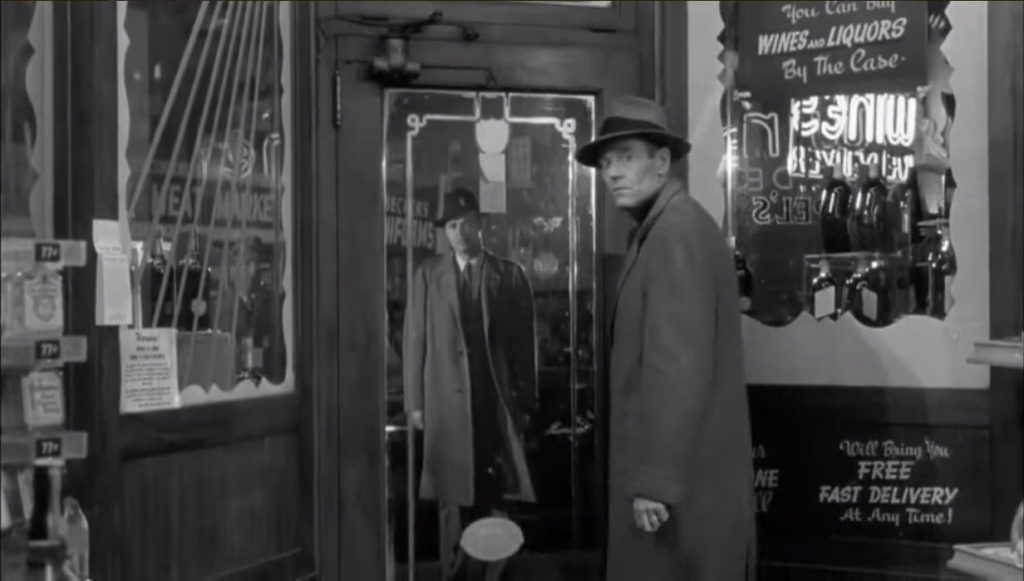 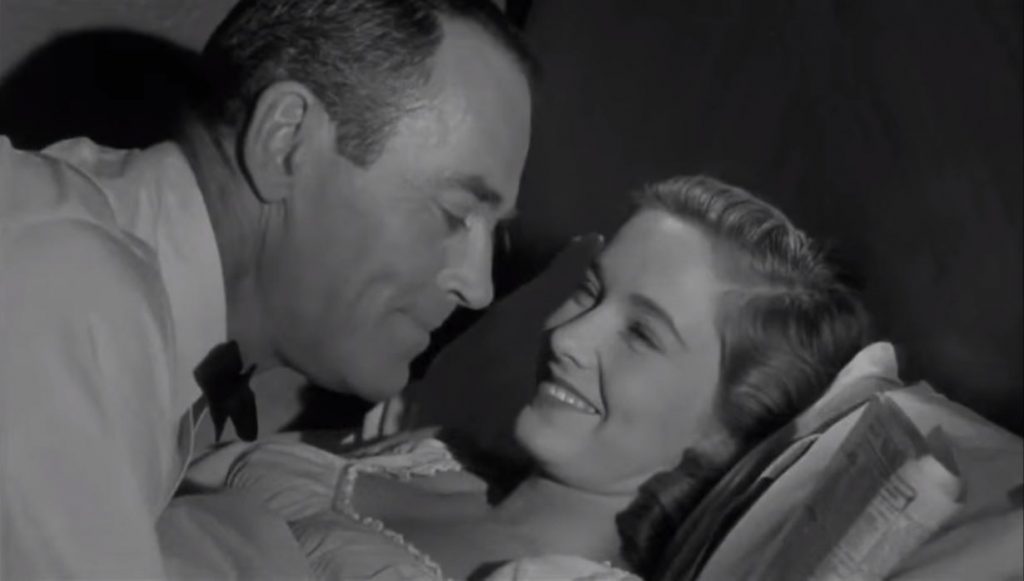 Vera Miles as Rose knocks it out of the park with her acting. Miles and Fonda’s scenes feel totally real, this is a black and white film on the edge of the explosion of filmmaking that was the 60’s, I would say this is really incredible acting.

Frank O’Connor (Anthony Quayle) as the defense attorney was great, the whole cast including the ladies at the insurance company played great.

According to IMDb this is the only time Fonda and Hitchcock collaborated, and they really did incredible work making these characters. Only for one moment- when he says his age is 38- did I feel it was a bit unreal. The choke-hold at the end was a bit tame in the action department, but overall I’m watching a movie of its time. Its a movie of its time but that doesn’t hold it back at all! It makes it more authentic.

There are many universal truths in this film, no one wants to be wrongly accused. I can’t imagine how horrifying it must have been to watch this film when it was just released! 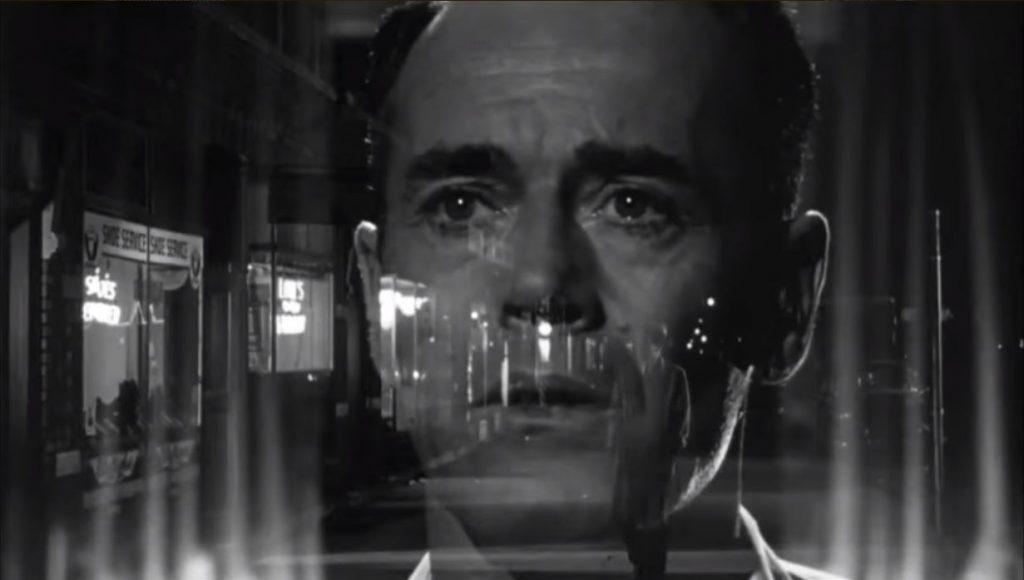 The Irishman will be available on Netflix in one week on the 27th, and then you will be able to watch this 3.5 hour long movie right on your phone. This is my perspective of seeing it in a Theater. I was fortunate enough to see it in the two greatest cinemas in all of the United States: The American Cinematheque Egyptian Theater, and the TCL Chinese Theater, both in the heart of Hollywood Los Angeles.

At the second one, I had the pleasure of filming Martin Scorsese having a conversation about his career and latest film. During the talk he mentioned how great it is to see in a theater.

If you are going to watch the film when it comes out on netflix, and you don’t have a decent home theatre setup where you can crank the sound- I fear it’s just not going to be the same. There are social qualities that are missing when you watch at home. You are going to use your phone or laptop, and you will pause it and get up to use the bathroom or cook. The movie has such a unique pacing that it’s taking away from what you see. After hour two, being with these characters for so long, you get comfortable unlike other films. There are so many small interesting scenes packed into the picture that you might not get it if you are scrolling on Instagram, and the pacing of the film is extremely deliberate even though its 3.5 hours. You don’t want to pause because it’s not the way the movie was edited. No Intermission.

This is my opinion just from the film narrative perspective. I did not read the Book before watching and my friend said the book has a lot of info that matters for the film, I wish I had read it before watching however that ship has sailed. So I am only going off the Film story. I only knew who Jimmy Hoffa was from my dad’s jokes when it would be on the news- who is going to dig up Shea stadium this year. I am at the tail end of the “Millennial generation, so give me a break. So what I’m saying is this film was an education.

I wish there were more scenes of the Irishman in Italy during the war. If it was such a huge part of this guys life, why was there not a bit more attention taken there, I mean we really didn’t need all of the scenes in hour 2 of the 3.5 hour long movie.

I am really thankful I didn’t have to get up and use the restroom during each viewing, that would have been unfortunate.

The Visual effects are spectacular. I never once was taken out of the story because of the digital makeup, and I did notice a few shots where it looked weird- but totally from a whole thing was almost flawless. This is a clear evolution and stepping stone in the world of VFX. This trend starting with Benjamin Button, this is huge, now many actors are going to digitally de-age themselves.

On the second viewing, I could tell that during the beginning when our boy frank goes and curb-stomps the Grocery managers hand, it is my theory that’s a De Niro stunt double- and his whole head was digitally replaced. And that jacket with a high collar was no accident- that was to hide as much of the neck as possible- which is extremely hard to pull off flawless CGI. On my first viewing, I could tell in one or two scenes that the neck of De Niro would look a little weird and glossy. Overall, if you watched this film not knowing about the CGI, you can most certainly be mystified by the power of cinema.

At the end of the film it turns to reflection and closure. It is really sorrow at the pinnacle, however I also get this feeling in the back of my head, why would I sympathies for such a ruthless hitman? He is one of the best hit-men in any movie because he never gets attacked himself and never has to use anything but a quick gun. Barely one physical fight in the whole film.

I am not going to say much about the acting in this film- there isn’t much to say that hasn’t been said- its impeccable. This movie has fantastic side characters Action Bronson and Ray Romano. Scorsese loves to have a big band in his film with a wild lead singer, and Silvio Dante does not disappoint! I loved to see him in the film after watching The Sopranos.

And look at the character of Pesci- he lived a whole life and anyone who crossed him got theirs cut short. For sure it seems that he won- he was a super well respected mob boss for decades and decades, that’s impressive.

The best part of the film has to be the courtroom scene- “You charge a guy with a gun, if he has a knife- you run.”

The film has so much humor, and appropriately the humor cuts off before the ending and tone becomes wholly satisfying.

I have a theory that the film may have originally been thought of as a series, for its slow pace can match a series and that its shot in 16/9 aspect ratio.

The cinematography was great, however I don’t think it was as exceptional as the other parts of the film- makeup, costume, story, VFX. I am thinking they couldn’t move the camera much because it would make the VFX look not believable. Only during courtroom scenes does the camera move- EXCEPT! There is one moment towards the end when the camera makes the same move as in a courtroom- a jib down and pan, its a pinnacle moment and this subtle subconscious technique to match the emphasis with the courtroom is why Scorsese is the best.

To prove to you the ridiculous and hilarious swag from Netflix I present you a great quoted napkin from the Premiere of the film, the poster set with behind the scenes snapshots from the Cinemateque premiere, and here is the awesome popcorn bag from the AFI Fest Gala presentation of the film with a talk from Martin Scorsese.

The whole cast and Scorsese’s directing is incredible, this one more incredible film that is up there with all of the other incredible films he has made. Upon my second viewing I found the greatest morsel of dramatic irony in the film is Frank placing a handgun down next to his bed constantly when on protection with Jimmy, well not once does he have to use it, and in the end Frank is the man to do Jimmy in, he was in the same room the whole time.

The one flaw in the 3.5 hour long movie is, who was frank really? So much of the film centers around the organization and who everyone is- literally we know everyone and how they die. But who was frank on the inside? I would have liked to see more explanation of his motivation to be apart of something, to go from being the outsider Irishman to one of the gang.

Just watched Shadow of a Doubt after watching this interview with Hitchcock on the Dick Cavett Show. Shadow of a doubt is a fantastic movie. Spoilers from beyond here, the movie is 76 years old, okay. The ending is exiting, and exhilarating to this day.

47 years ago was this interview. 6/8/1972. This interview is fantastic, and I immediately wanted to take a look at this movie. I watched it on YouTube, really great quality.

The cinematography of the movie really blew me away, I thought the contrast and choice of slow setups was fantastic. I feel that when you follow characters like that and the camera doesn’t deviate from showing the body of the actors like a stage play, it gives the viewer an omniscient view of the movie, we know what’s up, not like slight of hand cinematography where an object is obscured behind another object, or off screen, for dramatic effect.

I loved the ending, and the lead up to the ending, so basically the whole move. Disclaimer: I did end up watching this movie in two parts, feel no repercussions on that, a lot of course is from another time. On the other hand the slow burn and the classic Americana was so great. When we see uncle charlie’s madness at the dinner table talking about how useless these old ladies are to him- I was thinking, no one is going to call him out on that? The last moments with the fight on the train is exhilarating for such a aged film, really, in 2019 I was rooting for Charlie to take out Uncle Charlie so hard. Why are there names so similar?

I loved the scenes of crossing the road in the 40’s. My favorite scene was the bank scene, making papa a fool in front of his coworkers, but as far as we know Uncle Charlie is a total bad-ass who puts people in their place and has stacks of cash to back up his IDGAF attitude. Each family member is so great in the story, for now I rate this movie 8/10.